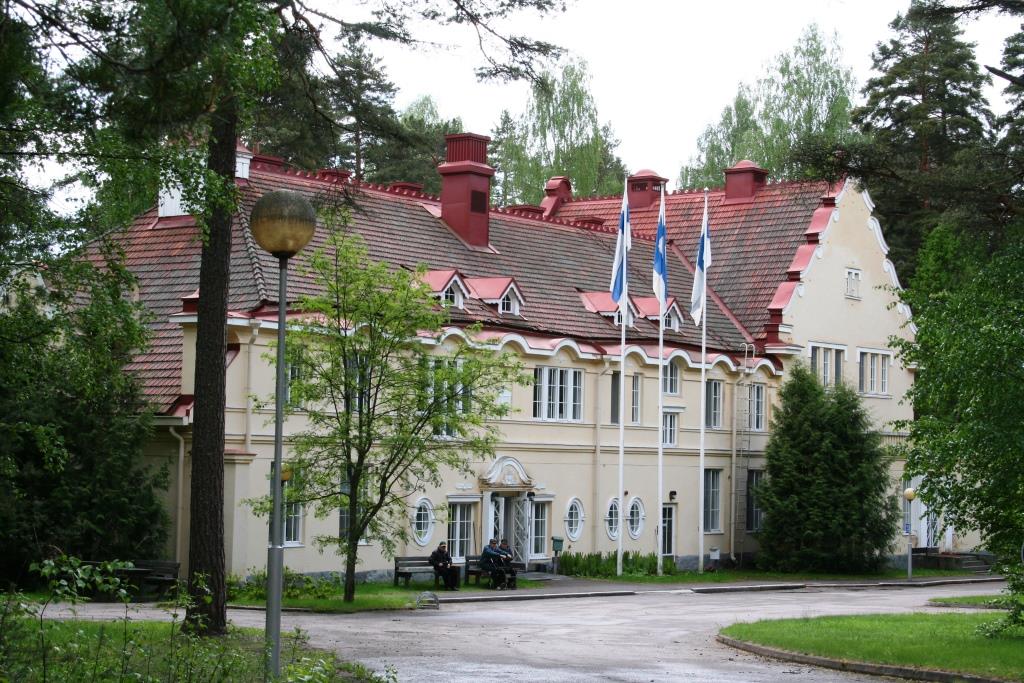 The hotel Finlandia was one of the most modern lodgings in Finland when it opened in 1914. Walter and Ivar Thomén designed the hotel, which shows the influences of romantic nationalism and art nouveau with a touch of baroque and renaissance themes. Only 2 weeks after the opening, World War I broke out, leaving the hotel virtually vacant. The hotel continued operations until 1935, when Finlandia went under compulsory auction and became state-owned.

During the winter war, the hotel operated as a military hospital and later was a rehabilitation centre for soldiers. After the wars, hotel operations were more or less successful and eventually the hotel and connected buildings became state-owned again in 1981.