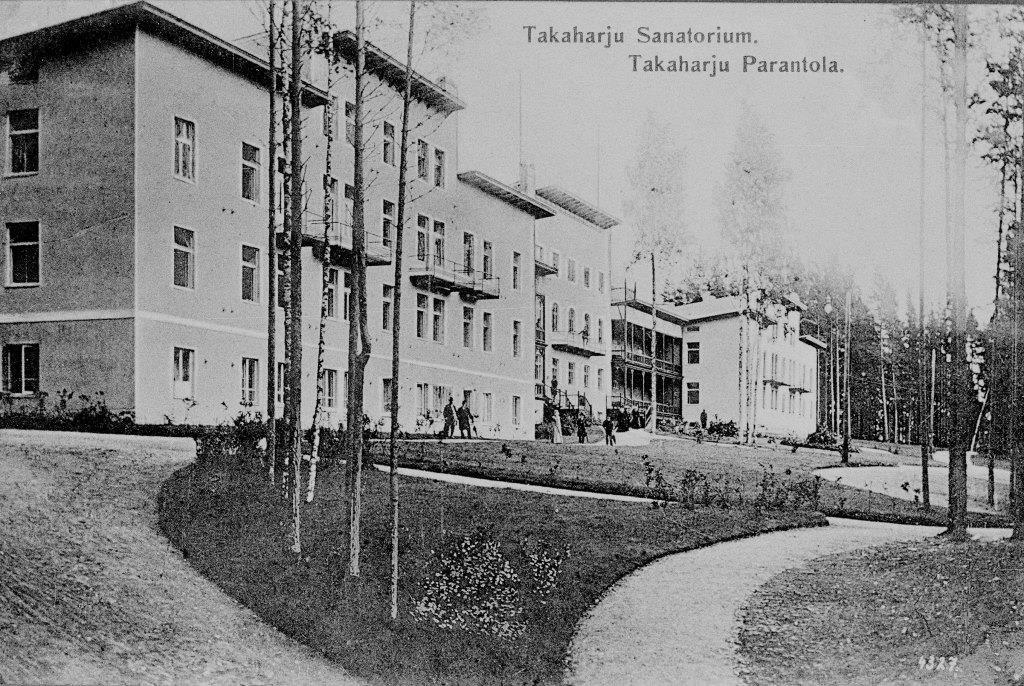 View all images (5)
“Takaharju, son of Punkaharju is attached to its mother via two isthmuses, the small Valkeejärvi laying in between. Slender pine trees cover the hills and dells of Takaharju. Takaharju, a year ago just a dead quiet nook in the wilderness, where a solitary rabbit or fox strayed, is now an exceptional society with its own laws, habits and pastimes, a paradise for ones consumed by tuberculosis but a place of doom for the malady.” So wrote Aamulehti about the Takaharju sanatorium, which opened up in 1903.
Duodecim, a Finnish physicians’ association was behind opening up the sanatorium and Onni Törnqvist (later Tarjanne) designed the building. The art nouveau style building was the longest (135m) building in Finland at the time. Aligned with the shoreline of the lake, the façade of the building optimally soaks up the sunshine. On the same grounds is a 2-story villa, now named Urhola, originally built as a residence for the senior physician. The complex also includes a log boarding house for nurses, now called Inkeritalo after the Ingrian veterans, the latest residents of the house.
LocationVaahersalontie 44 58450 Punkaharju
Map