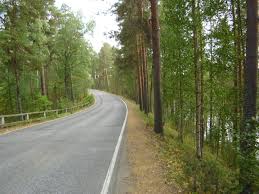 Due to its location on the eastern border of Finland, Punkaharju used to be in turmoil, in turns being a part of Sweden or Russia. During the Interim Peace, a bunker line exceeding 1000 km was built on the eastern border to defend Finland against a possible Soviet invasion. The bunker line, which extended all the way from the Gulf of Finland to Salla, in Lapland, was officially named “Salpa” (bolt).

In 1940 – 1944 approximately 800 dugouts, 1250 machine gun nests, 130 km of dugout obstructions and more than 350 km of battle and support trenches as well as 225 km of stone anti-tank obstacles. Salpa Line constructions at the Punkaharju nature reserve are located at Kuikonniemi and Mustaniemi. Most of the constructions were filled up and cleared away after the war. The trench and dugout at Kuikonniemi were refurbished in 2001 – 2003 and are open to the public. A key to the dugout is available at the Harjutie kiosk.